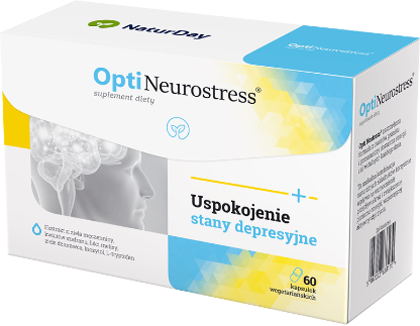 Add to basket
OptiNeurostress ® It\'s a unique composition of natural herbs with a calming effect that helps you fall asleep. It can be used during the higher stress level as well as everyday use to regulate the biochemistry of the brain, on which the proper functioning of the neurological system depends.
It's recommended to take 1-2 capsules a day with a water. 60 vegetarian capsules. A detailed description of the extracts can be found in our DiagnoHERB search engine - at www.naturday.pl/search or in the description below. Add to basket 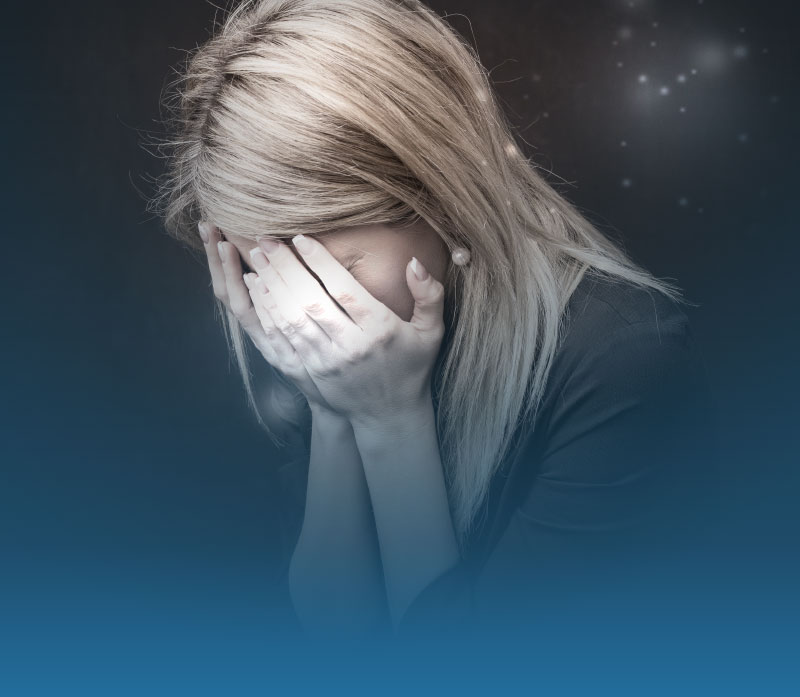 Everyday life complications.
Stress and depression, can affect anyone of us,

high speed of life, a lot of expectations and ubiquitous stress can disrupt the proper functioning of the neurological system and cause sleep problems.

About 120 million people suffer from depression worldwide. The World Health Organization (WHO) classifies depression as one of the most serious health problems.

The causes of this disease are still unknown.

Research shows that depression is the effect of the interaction of internal factors - biological, genetic, emotional and environmental in this primarily as stressful life events.

One of the most popular theories is that the symptoms of depression occur due to disturbances in the concentration of various neurotransmitters in the brain - serotonin, noradrenaline, dopamine.

The Central Statistical Office in Poland reports that in 2004 7.4% of Poles suffered from this disease, while doctors estimate that the problem of chronic mood depression may affect even 20-30% of the population today.

In the brain of a healthy person nerve cells communicate with each other by transmitting electrical impulses. During communication, release of chemicals known as neurotransmitters, e.g. serotonin or dopamine. They are responsible for transmitting information between nerve cells.

The brain of a person with depression works improperly - the process of intercellular communication is disrupted,the neurotransmitter goes back without information, is destroyed by enzymes, or is captured by cells other than neurons (glial cells). As a result of these anomalies, the patient experiences mood deterioration, emotional emptiness, fears and powerlessness. Long-lasting, deepening depression eventually causes physical symptoms - a decrease in strength and vitality, lack of motivation (even to get up from bed), drowsiness, drowsiness.


In the treatment of depression it\'s important to maintain the proper level of serotonin, which plays a big role in the regulation of sleep and mood improvement. 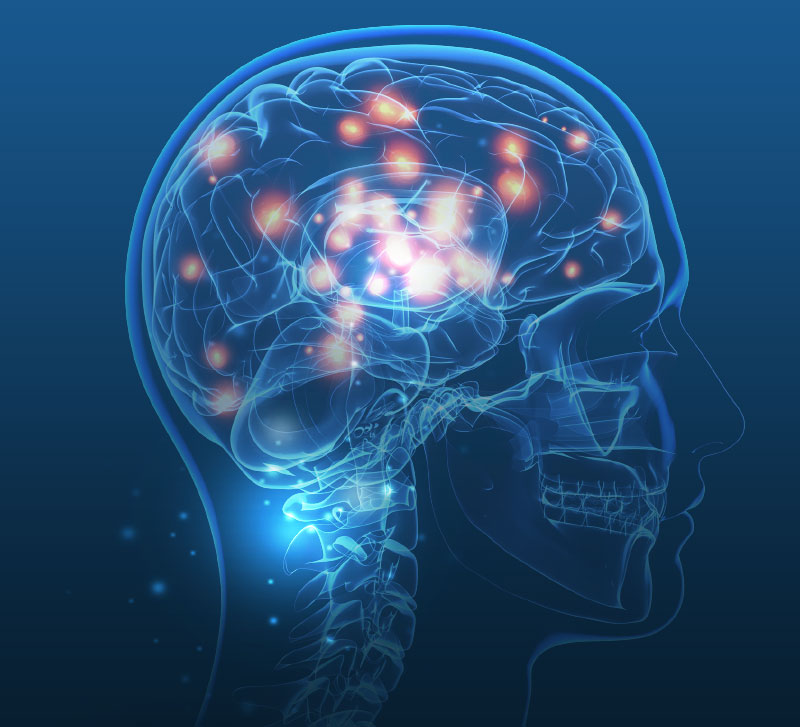 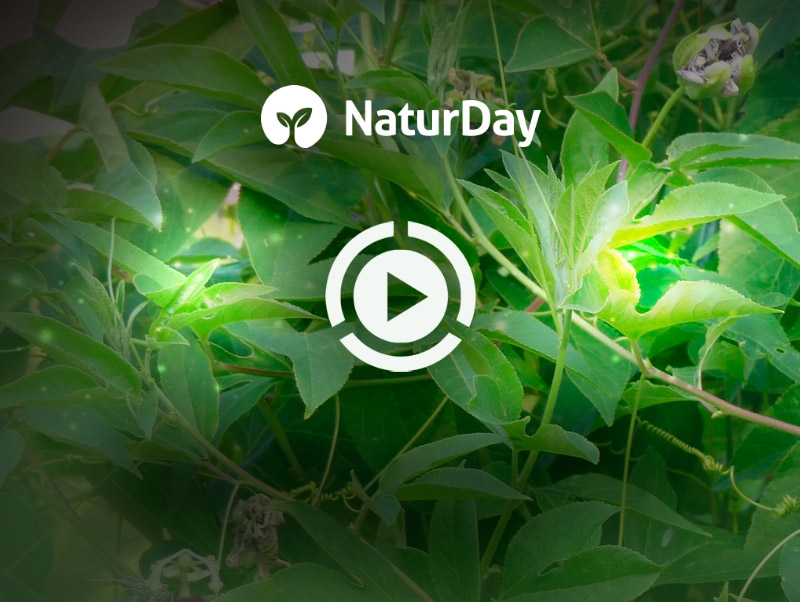 The lecture on methods of complementary
treatment of depression with plant extracts
Dr. Janusz Wietecha (MD)

Add to basket
OptiNeurostress® is a unique composition of natural herbs that have a calming effect and help you fall asleep.

is a proprietary formula of pomegranate and orange fruit, that supplies energy to brain neuronal cells.

Passiflora extract. This component not only lowers the level of stress, thanks to which it has anxiolytic properties but also extends the REM phase, so that sleep is deeper and better regenerates the body.

Properties: Passion flower extracts have undergone numerous tests, that confirmed their calming effect. They reduce the sensitivity of subcortical centres and have a slight anti-systolic effect on the muscles of the smooth gastrointestinal tract and vessels, and a small-scale reduction in blood pressure.

Use: In states of general nervous excitement and anxiety, excessive motor agitation, in disorders of the heart activity caused by nerve stimuli, in insomnia and headaches caused by nervous system tension, in less severe central convulsions, in the case of hysteria in children, in menopausal diseases and for convalescents after severe diseases and operations. Alternatively - in intestinal and coronary cramps (including extracts from Infl. Crataegi).

Saffron flower extract increases the production of serotonin, thereby relieving the symptoms of depression and has a calming effect. Saffron contains vitamins A and B, folic acid and polyunsaturated acids, which improve cognitive functions, support concentration and memory.

Use: The herbal and spicy official raw material is the stigma mark - Stigma Croci, included in the Deutscher Arzneimittel Codex from 2005. In fact, the entire saffron and stamens of saffron are harvested - Crocus sativus L. because the raw material deficit prevails. According to Swiss pharmacognosy, to harvest 1 kg of raw material you need to pluck 100,000-150,000 flowers… Studies have shown that saffron extracts lower cholesterol levels in blood and inhibit the growth of cancer cells. Saffron lowers blood pressure, stimulates the breathing centre, improves the memory processes and improves concentration. It increases the production and release of bile.

Use: Saffron has a calming effect, but specifically. It eliminates vegetative neurosis, reduces skeletal and smooth muscle tone, calms tremor and uncontrollable excessive motor arousal. At the same time, it does not impede mental processes and concentration, quite the opposite, it works as psychostimulants for many people, improves the process of memorising and reproducing information. It helps in mental and motor concentration. It eliminates symptoms of depression and stress. It stimulates sexually, therefore it is considered an aphrodisiac. It stimulates menstruation and erection, facilitates and intensifies the focus on the sexual act and sexual fantasies. It increases the blood supply to the sexual organs. It acts choleretic, antiseptic and stimulates the activity of the gastrointestinal tract. It lowers the level of cholesterol in the blood, inhibits the development of atherosclerosis. In vitro shows an anti-cancer effect.

Side effects: Increases uterine contractions, so do not give saffron to pregnant women.

that's vitamin B8, is essential for the proper functioning of the nervous system ensures the balance of copper and zinc ions in brain cells. Inositol improves mood, reduces tiredness and fatigue, and relieves symptoms of schizophrenia.

(inositol) (cyclohexanehexaol, Latin: myo-Inositolum) - an organic chemical compound from the group of zirconics, a cyclic six-carbon polyhydroxy alcohol containing six hydroxyl groups. It is sometimes referred to as "vitamin B8", but it is not a vitamin, because it can be synthesised by the body. All isomers have a sweet taste.

Pharmacological properties: antiatherosclerotic, lipotropic, regulating fat and sugar metabolism, activating insulin, preventing steatosis and cirrhosis of the liver, kidneys and heart. It stimulates the growth and regeneration of most tissues (growth factor). It reduces diabetic complications. Together with vitamin PP and vitamin B6, it positively affects cardiac function, cerebral and peripheral circulation. Inositol is useful in the treatment of seborrhea and acne, especially acne on the basis of lipid and sugar disorders and rosacea and steroidal acne.

Use: stress, schizophrenia, fatigue, diabetes, paresis and muscle wasting, disturbances in sperm production, obesity, atherosclerosis, hyperlipidemia, stop claudication, skin diseases and seborrhea on the background lipid-sugar disorders, inflammation of the liver and kidneys, dizziness and tinnitus against the background of circulatory disorders.

participates in the production of serotonin and melatonin, which is responsible for the normal circadian rhythm of the body and reduces hyperactivity. L-tryptophan also regulates noradrenaline, dopamine and B-endorphin.

Tryptophan is converted (decarboxylation, hydroxylation) to the neurotransmitter serotonin (5-hydroxytryptamine). Serotonin deficiency causes depression. That is why in the group of antidepressants this amino acid was found, moreover precursors and derivatives of tryptophan and serotonin. The highest concentration of serotonin in humans occurs in the brain, gastrointestinal tract and thrombocytes. During catabolism of tryptophan, indole acetic acid and acetoacetic acid are produced with excretion of urine and urine. The half-life is 14-16 hours. Vitamin C and the active form of vitamin B6 show pharmacological and biochemical synergism with tryptophan.

Properties: Pharmacological action is conditioned by an increase in serotonin concentration in the tissues: antidepressant, increasing skeletal muscle perfusion, increasing blood supply to the skin, increasing the ejection volume of the heart, initially a drop in blood pressure, then a short-term increase in pressure and a further decrease with simultaneous vasodilatation skeletal muscles. It shrinks the veins, increases the peristalsis of the small intestine, inhibits the colon movements of the large intestine and stomach cramps, inhibits the secretion of gastric juice, but stimulates the secretion of gastric mucus. It increases the sensitivity of sensory receptors. Slows movement and thought reactions. In the treatment of depression, tryptophan is often associated with antidepressants.

Lemon balm (Melissa officinalis) leaf extract is one of the most popular natural remedies for the treatment of neurosis, which reduces tension and strengthens the body. Melissa increases digestion and stimulates the appetite, which is often depressed.

Chemical composition: The leaves contain the essential oil - Oleum Melissae in an amount of about 0.1-0.3%, and in it citral (30%), citronellol (up to 5%), geraniol, linalool, myrcene and aromatic alcohols. In addition, the raw material contains vitamin C - approx. 100 mg / 100 g, tannins - up to 5%, acids (coffee, ursolic, rosemary, oleanolic), traces of mucus, bitter organic compounds, flavonoids and mineral salts.

St John's wort extract contains hypericin, which inhibits the breakdown of neurotransmitters, such as serotonin, thus preventing states of depressed mood. The extract has a diuretic effect, thanks to which it helps to remove harmful substances from the body faster.

Main compounds: Flavonoids up to 4% (including hyperoside, rutin, quercetin), naphthodiacantrides up to 0.14% (including hypericin, proto-hypericin), catechin tannins up to 8%, leukoantocyanosides, essential oil up to 1% (including aliphatic hydrocarbons and aldehydes, αpinene, gurjunen), multi-phenolic acids (including coffee, chlorogenic acid), choline, phytosterols, sugar compounds

Properties: Diastolic, vasodilatative, psychoactive, antiseptic
St. John's wort is one of the most versatile medicinal plants. It has antispasmodic activity on the smooth muscle of the gastrointestinal tract, bile ducts and blood vessels and to a small extent on the urinary tract. There is a slow, gradual decrease in wall tension in these organs (flavonoids, hypericin). The amount of urine output increases slightly and irregularly (flavonoids, essential oil). Because St. John's wort contains large amounts of catechins (tannins), it also works on small blood vessels, especially capillaries and capillary arterioles, analogous to vitamin P. The raw material has antibacterial properties, both after oral and external application to the skin and mucous membranes. It has been found that it inhibits the growth of Streptococcus aureus and other Gram-positive microorganisms, but it does not affect Gram-negative and fungal microorganisms. On mucous membranes and damaged skin sites, St John's wort extracts astringent and antiseptic (tannins). The antidepressants are less well known than those mentioned because they become visible only after the administration of higher doses of St. John's wort containing hypericin, e.g. Succus Hypericin. Hypericin has an intense red colour, is similar in structure to hematoporphyrin and works effectively in psychoses and neurotic-depressive states. It is a photodynamic compound that increases the ability of ultraviolet rays to absorb in humans and animals, catalyzes some endocrine processes and has a positive effect on biochemical mechanisms in organisms controlled by malignant tumours.